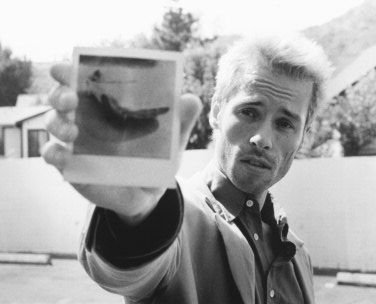 1. Our best solutions, creations, insights, and moments of genius rarely come from our minds. In fact, they don’t actually come from us at all. They come through us.

2. We live in the one place our minds seem to have the damndest time finding—the Here and Now. We spend the majority of our lives constantly consumed with our perception of the past and anticipating—in either a positive or negative way—an imaginary future.

3. More often than not the best things in life happen when our well-designed plans fall apart. But it’s still good to make plans.

4. The more we try to be liked and admired by others, the less they tend to like and admire us.

5. We search for anything and everything to make us a happy…be it money, a house, a car, a person, a job, a business, retirement, recognition, or a new pair of shoes…yet we rarely look to the one place it can actually be found—inside.

6. Trying to do something perfectly usually leads to not doing it at all.

7. While we want the good stuff in our lives to sit still and behave, it never does. Nothing is permanent. Everything is changing and fading. Meeting is the beginning of parting. Everything goes at some point.

8. The things that are the most popular—fads, bands, movies, TV shows, celebrities, books—usually have the least depth, authenticity, artistic genius, and heart.

9. We have an inherent need to try to control. Yet when we do we block the flow of life and end up stressing out like a coked-out soccer mom. 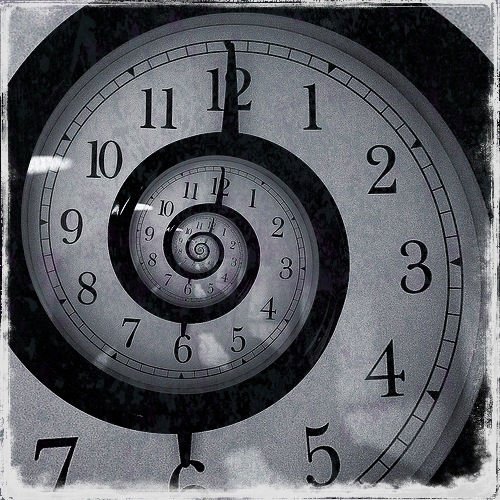 10. The most painful, hardest, most gut-wrenching things we go through in life are usually our best opportunities to grow and become happier.

11. The more we resist something and try to push it away, the more of it we pull into our lives.

12. We know that worrying never makes anything better…yet many of us still do it every chance we get.

13. The things we see in others that irritate us the most are the exact traits in ourselves we’re not willing to look at. And often times the people we dislike the most are the ones most like us.

14. No one really knows what happens when we die.

16. One of the big keys to success is to actually fail…a lot.

17. What we do to others—either good or bad—we are actually doing to ourselves.

18. Struggling is actually better than “making it.” When people “make it” their work often goes to shit. A great example of this is countless bands who kicked ass when they were struggling, putting out some amazing albums. But once they’ve “made it” they seem to forget the secret handshake that got them into the party in the first place.

19. One of the best things we can do in life is to actually do nothing at all. Now I’m not talking about doing nothing like your alcoholic unemployed cousin who watches talk shows all day on his mom’s couch. I’m talking about just being.

20. We’re made up of almost entirely nothing.

21. We have no idea when we’re gonna die, only that’s probably gonna be between now and 40-80 years from now.

22. We try so hard to be unique just like everyone else. 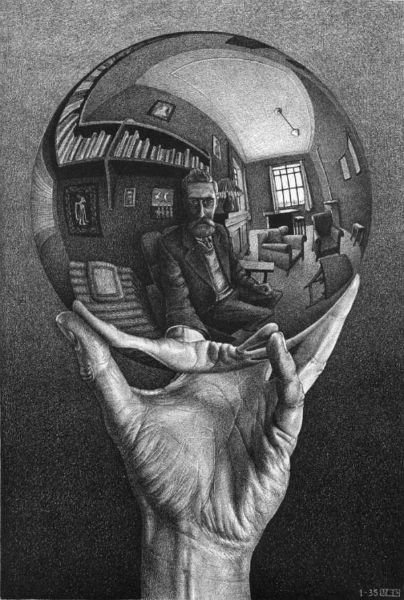 23. We’re always trying to get stuff done so we can get to the things we actually wanna do.

24. We watch made-up stories about other people’s lives on a big screen that the entire house is usually centered around.

25. Most people spend much more money and attention on their television set than on their library of books.

26. Most people spend their lives doing work they do not enjoy.

27. It’s common to spend more time planning for a vacation, a wedding, or a party than planning a life.

29. The best way to get rid of fear is to actually do that thing we’re afraid of.

30. We spend a great deal of our lives desperately trying to be something, anything, other than ourselves.

31. The people who have the most screwed up lives often give the best advice.

33.  We carry tiny devices in our pockets that can do more stuff than massive computers that took up entire rooms just a few decades ago.

34.. We’ve become less connected to each other than ever, even though we use Facebook, Twitter, chat, text, email, and Skype pretty much every day…often through that tiny device we carry around in our pockets that can do more than those giant computers that took up the rooms.

35. We have more food options available to us than ever, but less nutrition. The healthiest people often eat like people ate when we lived in caves and dressed like Alley Oop. 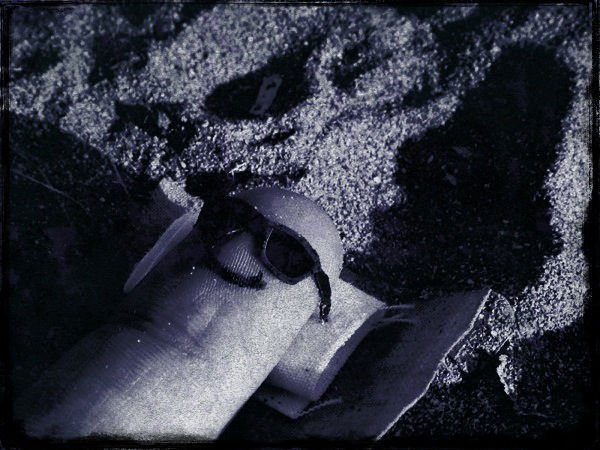 36. When we resent someone, despising them and wishing all kinds of bad stuff would happen to them, we end up doing ourselves a great deal of harm while they go on living their life as if nothing ever happened.

37. When we forgive someone, it usually does nothing for the person we forgive, but the positive impact on ourselves is profound. At its root, forgiveness is about self-forgiveness.

38. Many people find they are less happy—or at least not any more happy—when they get everything they want in life, and often live in fear of losing it all—all the stuff that didn’t make ’em any happier.

39. The more we die to who think we are, the more happy and free we become.

If you’d like to get more blog posts like this one delivered straight to your inbox, subscribe here and I’ll be sure to send you the new posts as I write ‘em

And if you enjoyed this post, I’d be stone cold honored if you would push some of those social media sharing buttons up top and share it with your friends…

hope all is well with you

that really helped me out i was feeling confused as to what life was really all about, this gave me comfort, thank you sir!

Once again Chris…. Awesome stuff. Taking ourselves too seriously adds so many problems. At the point we just say “Fuck It” and live our lives for ourselves, that’s when we find true freedom from the bullshit. Thanks for the reminder that we are only here a short time and that time shouldn’t be spent “stressing out like a coked-out soccer mom.” Love that line! Think I’ll be using that one a bit! With your permission of course! Thanks for the kick in the ass for the day!

it reminds me of that line from Risky Business

“Sometimes you just gotta say ‘What the fuck?'”

You are one smart dude, thanks a lot man i hope you know that you’re influencing and helping many people and that matters way more than money… a life is useless unless it’s used to make another’s easier

it’s funny, there’s a part me that thinks I’m smart as hell

Another part that thinks I’m dumb as fuck

these two parts of me are always at war (=

Phenomenal stuff, Chris – the past few years have definitely been a time in my life where I’ve become more aware of these paradoxes… I’m currently allowing myself to enjoy everything for “what it is” at the time 🙂

glad they’re finding you at the right time brother

Needed to be reminded of this today – Awesome as always!! Thanks Chris!

#22…I belong to Al-Anon. I had a hellacious problem with how my ex used alcohol. My 1st sponsor told me to get over to AA mtgs. to learn about the disease and see what I’m up against.

After resisting for about a year I finally went to a mtg. with **THE** shittiest attitude that I could sink to. Supreme Being is good with a great sense of humor: When i heard them read The Promises, I started to consciously let go of the ‘tude.

Part of the blessing that I’ve gotten from the men and women in A.A. are the attitude and awarenesses that they share. I heard one woman talk about how she suffered from “Terminal Uniqueness” Chris, that rang such a bell that I can’t tell you.

So, I have come to see that the whole uniqueness thing is, to my mind, on my best day, God’s work. Uniqueness, in terms of human beings is Supreme Being’s business. Know what I mean? I mean, we are all one at the same time we are individual.

Yeah, I can’t wrap my head around that so I keep trying to experience that when I talk to ‘you’, when I give ‘you’ my listening, what I think of ‘you’ is all about my experience of being. Was it here that I read, “I don’t see the world as it is, I see the world as I am.”

I totally hear ya AJ

funny, there’s so much wisdom in the first 164 pages of that AA big book

glad you got some insights from the meetings

Chris, would you please clarify # 39, the last entry here? I don’t understand it!
The rest of the article — spot on good stuff!! Thank you for your blogpost!!!

I mean the more we die to our Ego, the happier we are

at least that’s my experience

And, can’t help it, but I think the M.C. Escher image needs a caption: “The Most Interesting Man in the World Suddenly Realizing He’s Not”

and yeah Brad, that stuff blows my mind too brother

“14. No one really knows what happens when we die.”

* Except for those of us who’ve died and came back.

“39. The more we die to who think we are, the more happy and free we become”

Yeah I know people have died for shorts amount of time, and NDE type stuff, but has anyone really died for a decent length of time and come back and shared about it?

Another really great read. THANKS.

Another outstanding post, Chris! Thank you for all the work you do! I love reading your posts!

Thanks for the great post, Chris! I particularly needed to be reminded of #28 today: being grateful for what I’ve got makes the whole day better.

Hands down my favorite blog of yours yet! Well done Chris

No:40 strange thing is you chris…

This is probably the best thing I’ve ever read online.

You rock! I loved every minute of it . Fantastic points of view.