The Most Important Thing I Know - Chris McCombs

The Most Important Thing I Know

When you have a blog like this one—or are a coach, mentor, parent, boss, teacher, or even if you’re…well…anyone—it’s easy to become impressed with yourself and all the cool stuff you know.

Not only have you taken classes, attended lectures, read hundreds of books and thousands of articles, passed the exams, gotten the credentials, and have an entire case full of trophies (or at least a box full of em’ in the garage or somewhere at your mom’s house)…

…but you’ve also trudged a hard road. You’ve scrapped with the best of ’em, conquered demons, flattened opponents, walked through the fire, and have even stared death square in the eye more than a few times and lived to tell about it. You have the scars to prove it.

And let’s face it, you’ve done some downright amazing shit in your life and have achieved things others told you were flat-out impossible.

In fact, I like to think I have the street smarts of an old-school hustler and have attained the eternal wisdom of a grizzled sage.

I like to think I’ve decoded some of life’s great mysteries, have deciphered the cryptic messages of the gods, and know a thing or two about a thing or two.

But the truth is, when I catch a glimpse behind the curtain of that beer-bellied ego of mine—when Toto exposes the Wizard for who he is and the scared little curmudgeon gets called out on his shenanigans—I realize that I don’t know shit.

In fact, my greatest moments are when I’m the most certain of this simple truth.

When I know that I don’t know. 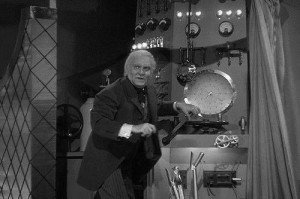 (Although in conversation I’ll still probably try to tell you about all the awesome stuff I know, because that way I can appear a little smarter and cooler than I actually am and hopefully weasel my way up a notch or two on the social ladder.)

So I constantly need to keep myself in check.

It’s OK if I’m passing on my own personal experience and what I’ve learned from it. But when the ego jumps in—and that dirty old SOB does like to jump in—I need to remind myself that there’s no such thing as a happy know-it-all. 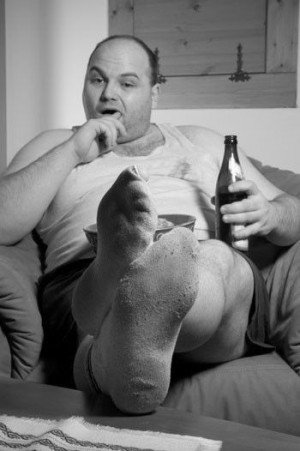 The hubristic smarty-pants stuff is best left to the teenagers of the world, the self-righteous church-goers who constantly preach that their way is the only way, and to Uncle Kurt—who lives on unemployment and Budweiser while he works at solving the world’s problems from his couch by yelling at the people on the television screen, because, as Uncle Kurt would say, “They don’t know shit.”

(Now I actually don’t have an Uncle Kurt, nor do I have anything against people who go to church, but I think you get my point.)

“A mind is like a parachute. It doesn’t work if it is not open.” 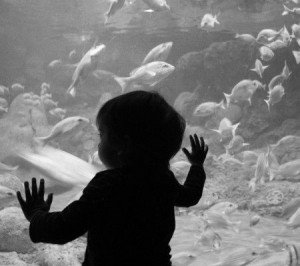 It’s about being open, eager, and free from the prison of preconceptions, even in areas of life that you’re advanced in. It’s an attitude of constantly having the mind of a beginner in everything you do.

I know in my own life that when I stay open I learn the most, get along with others the best, and am the happiest.

Now, I honestly have no idea what’s best for you, but this seems to work for me. I wish I could say that I’m like this all the time, but that would be a lie.

love it………….keep it coming and keep killing it!

thanks Nick, will do man

I rarely open the *IMPORTANT* emails quickly, but…good topic Chris.
I think it can makes things easier if you approach all contact with people/situations with the attitude of “what can I learn from this person/situation?” Even if you learn what NOT to do, consider it a win.

Great post, great point Chris. Thanks for sharing and reminding with this one. Is it me or does modern social media accelerate the process? Growing up without it, and seeing life through a social media lens now I know that hubris has always existed but it seems like it catches up to us faster with social media. I’ve caught myself plenty of times feeling I knew it all and my shit didn’t stink (still catch myself more than I should) throughout my life but nothing as quick as my first year or so on Twitter. People, strangers, colleagues, anyone starts following you and it goes to your head. I was obsessed with gaining followers for a while – but had no idea why, other than the power I thought it brought. I wasn’t selling anything and I was hardly marketing myself or my services but damn if I didn’t think I could break news or even make news to all these “followers”. Until one day I woke up and asked myself why and for what reason(s). I love Twitter, don’t get me wrong, but it definitely went to my head in a negative way for a while. Happy to be more on the Shoshin path now. Be well.

I’ve seen in myself and others

I try to stay in the frame of having these #’s just allows me to help more people, but the ego is definitely always trying to sneak into the party — it’ll use anything it can to get a little boost

The most frightening and yet most hopeful thing I can think to myself: What if I don’t know? Thanks Big Chris! <3

not knowing is the highest form of knowing in my experience – sounds paradoxical, but an open mind is a wise mind

This is something I strive to remind myself of on a regular basis, or else life steps up to remind me. I may know a lot about some things, but even in those areas I still don’t know shit.

Right on. I find that embracing my ignorance is actually quite freeing. And as a bonus, I think it also puts others at ease. Maybe because they know we’re all in this together – no pretense needed.

I agree Dani, it’s definitely freeing and puts me at ease… BIG TIME

very nice of you to say Glen, thank you

This is everything I believe in. Reading this was comforting! Keep it up, for people like us.

thanks Marley, appreciate you taking the time to comment

And I WILL keep it up

Good shit, man, good shit. One of the biggest things I’ve found that we (humans) always forget to spend time learning is what we don’t know.

Anyway, I just wanted to say some of the best e-mails I get are these notifications about your new posts. Keep it kickin’ man.

I agree. One of the best ways to refresh your mind and rejuvenate is to try something completely new and keep an open mind about it. Nice blog!

I finally started reading this blog Chris… and I must say that I’ll be coming back more often! Read through 4 posts so far and it’s been inspiring and mind blowing content!

I agree. I think everyone writing wants to put to print conclusions that are reasonable and logical, but haven’t experienced first hand. You can’t do that.

A lot of popular bloggers have talked about not being able to start their blog 10 years ago because they lacked the experience.

“It’s about being open, eager, and free from the prison of preconceptions, even in areas of life that you’re advanced in.”

The problem with expertise is the lingering preoccupation with past achievements. I like how you say that we need a beginner’s mindset.

I think it’s a more fun and insightful mindset to have because we wouldn’t see the list of achievements or the close proximity of the ending, instead we would see the possibility of growth and the joy contained within it.

Thanks for reminding me that, Chris.

This biggest problem I see people creating for themselves are the self imposed limitations of one’s abilities. I’ve been a personal trainer in Austin, TX for a long, long time and I can’t begin to tell you how many times I’ve heard people start a sentence with ” I can’t”, etc. Guess what? You can. Maybe not this time, but later with some consistent work and a positive attitude.