How to Light a Fire Under Your Ass - Chris McCombs

How to Light a Fire Under Your Ass 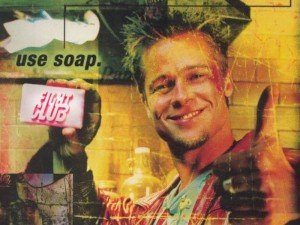 Are there goals you wanna achieve but are having trouble staying motivated enough to do the things that need to be done to reach those goals?

Today I drove up to L.A.

For some strange reason, because of my blogs, I’ve been getting approached by different production companies about the possibility of doing a TV show. Each time I’m honored and humbled…and politely decline.

I’m just a writer, ya know?

So I talked the first two production companies out of it by saying that I don’t think TV is for me, and then referred them to someone I felt was a better fit for what they were looking to do.

Not so much because the company is responsible for many of the biggest shows on television, but more because I really liked the woman who contacted me—she’s a huge Rollins fan and very down to earth—and her vision for the show is congruent with what this blog is all about.

I still tried to talk her out of it, though, by listing about 73 reasons why I’m NOT a good fit for television—telling her all about how I’m introverted, socially awkward, don’t have the typical “TV guy good looks”…and that honestly, I just like to write.

But none of this swayed her. And then she mentioned the possibility of a book deal, so I figured what the heck, it’s worth looking into and maybe it’ll open a few doors that can help further my writing career. 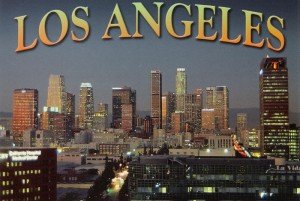 Anyhow, I drove to LA and met with the team (super cool people, BTW). It was a “get to know me”-type thing.

During the interview, I was asked the question, “How would you light a fire under the ass of someone who can’t stay motivated?”

“Well, you can’t light a fire under someone’s ass unless they’re willing to pull their pants down.”

This is true even if it’s your own ass that you need to take the torch to.

You see, if there’s not enough fear, pain, or desire—your reason “why” won’t be big enough. 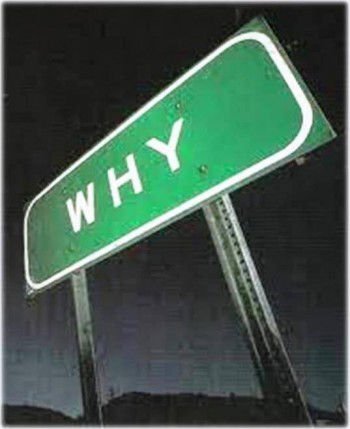 And if your “why” isn’t big enough, it’ll be hard to get out there and relentlessly do what needs to be done.

And if you’re not being honest with yourself, there’s a good chance you won’t be able to even find your “why” in the first place, much less know what you need to do to reach it.

The sticks you wanna avoid or the carrots you’re chasing after need to be powerful enough to you to make you decide in your gut that NOTHING will stop you on your journey, and if they aren’t then maybe it’s time to find a new carrot, a new stick, or an entirely new journey.

It’s too easy to get caught up in chasing things that don’t excite you just because they’re easy to catch.

You want the thing that’s gonna excite you to the core, make you nervous, stretch you, and force you to grow—regardless of how bad the growing pains are.

And when you’ve found it, just put one foot in front of the other and move forward. One step at a motherfucking time.

I’m not sure if I answered her question, but I do know it gave me a great idea for a blog post—which is always a good thing.

And honestly I have no idea if anything will ever come of the whole TV show thing, but it was a fun experience nonetheless.

If you’d like to get more posts like this one, subscribe here and I’ll be sure to send you the new posts as I write ‘em…

And… if you enjoyed this post, I’d be stone cold honored if you would push some of those social media sharing buttons up top and share it with your friends…

Great post as always, Chris! Now I just need to find that carrot or journey. I’m headed somewhere but I’m not entirely sure if it’s in the right direction. Probably won’t know until I get there.

look deep enough and you’ll find it brother, thx for the words

hey thanks Nick, actually most of it’s written (=

Son, I am disappoint! 🙂
From most people it would be okay, it would actually be great. Not from you though, from you it is not nearly enough. You should finish that book by Saturday and start a new one that is at least twice as awesome, twice as hard hitting and do it in half the time. That’s the least I expect from you.

Your blog is the ONLY blog I read word-for-word all the way to the end. I have never been disappointed. You have a gift for writing to be sure but you also have a gift of knowing what is really going on inside our heads!!! I’ve been struggling with focus lately and pondering on the problem. You hit the nail on the head in this blog and it struck me to my core. I’ve lost track of my WHY somewhere along the way and got “caught up in chasing things that don’t excite [me] just because they’re easy to catch.” Time to dig deeper for another WHY and stop spending my energy going after things that are easy but do not excite me. SCARY!

Thanks for sharing your energy, wisdom, and soul.

I’m humbled by your words, seriously

Find that big “why” Girl, it changes everything (=

Good on ya, Chris. Great post. Sounds like big things happening in your world. Love this blog and your approach to life – you’re a source of clarity and inspiration. Keep the good stuff coming.

hey right on Aaron, I’m glad the blog has been helping ya a bit

How hard did they laugh? “Pull your pants down I’ll get the torch!” Dude that is so sweet a line.
Next Post tell us how to keep the fire burning. Tips and tricks to see the carrot and smell the fire?
Motivation is a inside job, but a swift kick in the ass can get the ball rolling.

that’s a good idea for a post man, appreciate you looking out

thanks for inspiring me Chris you keep me going

Great post! Your words ALWAYS kick me in the rear! I have been a stay home mom for the last 15 years and finally taking a step in a different direction to fulfill some goals and dreams of helping others. But I am having tons of doubt and negative self talk. Your posts have really opened my eyes to how much I live in fear of the ‘what if…’ Thank you for reminding me that it’s all about the WHY! Keep up the honest and real writing.. I always get a good laugh and a life lesson from you!

Great post as always chris, can’t beat the power of the WHY!

Awesome post as always. Lately I’ve unsubscribing from all of the extra marketing/spam emails I’ve accumulated over the years,… Your blog on the other hand is one of the few subscription emails I consistently enjoy and find brings value to my life. I can always relate to your posts in someway. Btw, I’d totally watch your TV show (if you decided to make one) and read your book!

I get a fire under my ass everytime I read your stuff Chris because it’s like if you really take this stuff to heart and be honest with yourself, it’s like going to church and confessing your sins feeling fresh all over without having to get out of bed and dress up, going to Church with the noose around your neck, With some preacher saying, “Brother, If it ain’t our way, it’s the highway for you”.

Chris I got to tell you… I LOVE your blog. It’s the only blog I pay attention to and every time I read it it goes perfectly with something going on in my life. Through daily struggles to major goal changes, your writing motivates me and shows that there are others struggling with the same situations. It gives hope and power when needed and kick starts an attitude adjustment from the power of the iron. Keep writing! Publish the damn book already! I’ll be in line to get my copy! Keep taking names and kicking ass bro! You are affecting peoples lives more than you could possibly imagine.

One more thing! Good move staying away from TV. I would hate to see your work in the hands of some watered down TV Executive that needs to change his diaper cause your writing is “too hardcore” for the public. Don’t let them degrade your work and style with politically correct sterility. Keep telling people EXACTLY what they are afraid to hear!

I found your response to be very interesting!
“Well, you can’t light a fire under someone’s ass unless they’re willing to pull their pants down.”
Years ago I read an article; it was about “paying the price”. I find it to be very similar to lighting a fire up under your ass. Most of us want to achieve things, make positive changes, learn skills, blah blah.. .the list goes on…. But we aren’t willing to the pay the price in order to actually succeed, and accomplish those things that we “so” desire. I’ve been told by a lot of people how blessed I am that I can do so many things, and have so many talents….. It really pisses me off! If they knew the sacrifices I’ve made, and the time and dedication that I’ve put into learning such “talents”/skills. A blessing that I do consider myself to have is my OCD mind; cuz when I want to learn or do something, I go balls to the wall; Not only to I light my ass on fire, but I make sure to sit on the volcano crater ass deep.It’s not easy to do so, (I’m a recovering addict so I know this for a fact), but I wont type further on the subject because honestly, YOU cover it very well on this article. Thank you for taking your time to be a motivation to others, you probably save a lot of lives and not even know it. A couple of days ago (Thanksgiving Day to be exact) you were a big part in saving mine, and for that I thank you.

Great post especially with the new tear coming up! Time to light that fire and gets things going and on course! thanks for the uplifting advice Chris!!!
Waiting for more to come…..