Mindset, Madness, and How To Make The Flaw of Attraction Actually Work - Chris McCombs

Mindset, Madness, and How To Make The Flaw of Attraction Actually Work 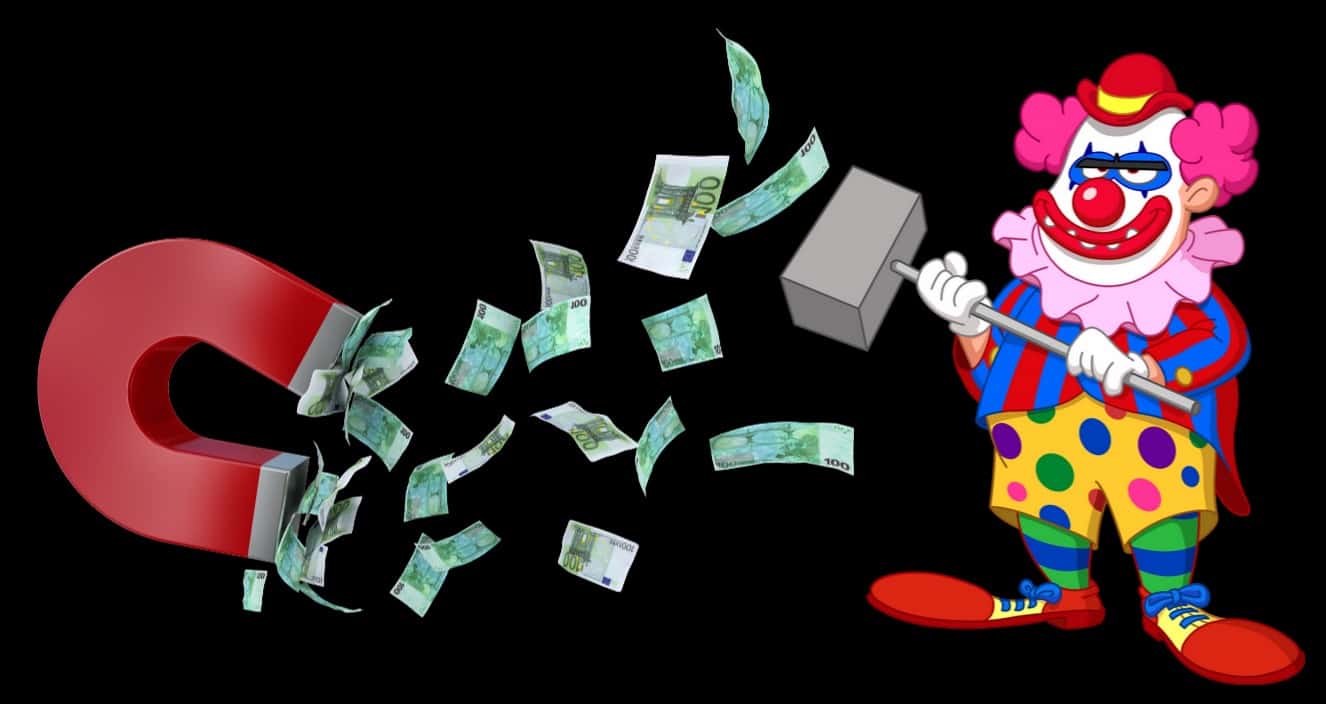 ​When it comes to building a successful life or business, in my experience, mindset goes a LONG way.

And if you've achieved some success in your own life, no doubt you understand the value of a positive mindset and a can-do attitude.

...​and this almost always makes a few people mad when I say it (​though rarely people who are kicking ass in life and/or business, BTW)...

In fact, I wrote a post about it years ago and still get hate comments and messages from LOA devotees about it.

I have no doubt ​that life tends to direct us toward that which we think about most often. That our minds (unconsciously even) seek it out.

I’ve seen plenty of proof in my own life, where my thoughts went a long way toward attracting both situations and things I wanted, as well as ones I didn’t want.

But rarely does someone attract anything great completely by the power of thoughts and feelings alone—especially when it comes to something significant like building a business​.

Something I've benefited ​from tremendously. And people much smarter and more successful than I am do it every day.

​Many pro athletes do ​it before events or games.

​Performers do it before delivering a flawless performance.

​Back in 2007 and 2008, I used to see myself doing 7 figures selling my own info products and coaching programs to coaches, gym owners, and personal trainers.

I saw myself having a ​tribe of customers and clients who bought ALL ​my programs.

And I saw myself living in my dream house.

Soon, the life I saw was my reality (​though, ​once I got all that stuff I actually ended up miserable. But I DID get everything I wanted).

Imprinting a vision of our desires on our subconscious mind as if they were reality can go a long way toward making those desires our actual reality.

And many ​people believe attaching intense feelings to the visuals can make the practice even more effective. Though, I'm ​unaware of any science t​hat proves this.

However, I have made it part of my practice. I mean, since I was already in the habit of visualizing, why not​ throw in some yummy feelings? If nothing else, it made me feel good.

​​Now, as far as I know, the Law of Attraction has no scientific basis​.

But that doesn't mean I'm willing to discount the power of visualization.

In fact, it makes sense that if we ​want something in life, we should see it first.

Have a clear picture to imprint on both the conscious and subconscious parts of our mind.

​A clear target for us to ​aim for. After all, if you're a hunter and want to shoot, say, a deer, doesn't it make sense to get it in the cross hairs first?

There's something magical about having a specific goal we ​see clearly in our mind.

Suddenly, we start noticing all kinds of ​sign posts and ​opportunities leading us in that direction.

​​That said, ​one thing I've noticed is about the Law of Attraction movement is that many ​of people who preach the loudest about ​the "law" seem to have an aversion to a key part of the success equation.

​Positive thoughts and feelings are great. If anything, they can make us happier.

But thinking and feeling will only take us so far.

I’ve heard quite a few “deliberate manifesters”—or whatever it is they’re calling themselves these days—claim that if you see something in your mind and tune into the “vibrational frequency” of it, you’ll get it.

That life will just hand you whatever you think and feel good enough about.

That it is LAW.

Now, don’t take what I’m about to say as a slight against Oprah...

I like and respect her. She helps a lot of women.

And she has ​a number of the cult-building strategies I teach coaches and entrepreneurs dialed in better than most anyone on the planet.

The woman has built herself a CULT. 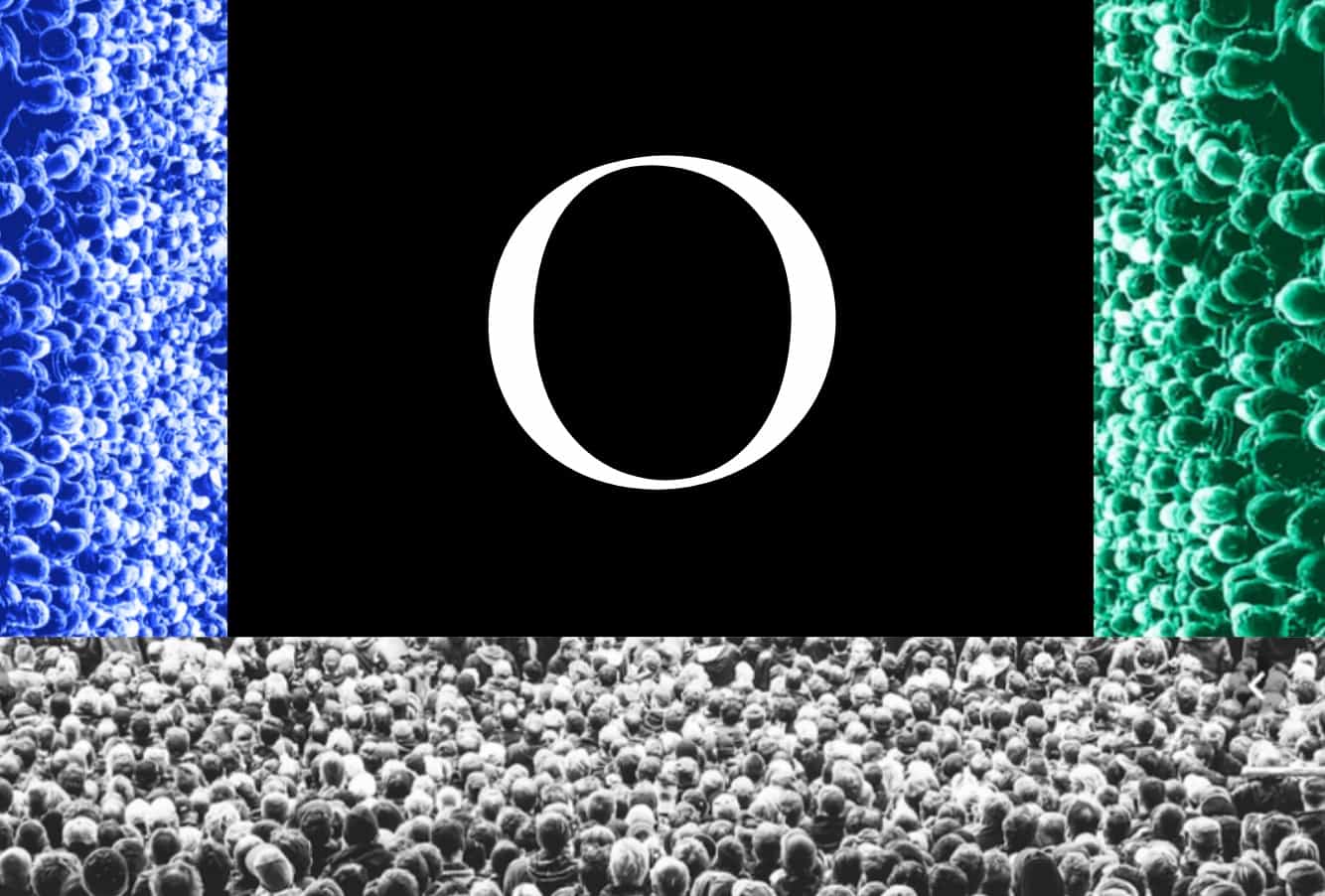 ​But remember when her fans discovered The Secret on her show and were going to “manifest” their dream lives?

They told everyone about it! "I'm going to have a mansion and a ya​cht and a perfect body and ​marry a tall, handsome, successful guy who​'s the strong silent type but also funny and caring, and we're going to..."

​Well, how do you think that worked out for most of ‘em?

​Most of their lives don’t look a whole lot different today than it did then it then except their older and (most) a little fatter.

Now, because of what I do for living (which is help entrepreneurs with personality-driven businesses build cults of devout customers and clients) I know of ton of successful entrepreneurs, coaches, and gurus—including a handful of the people featured in The Secret. Four of them, to be exact.

​One of them is John Assaraf. 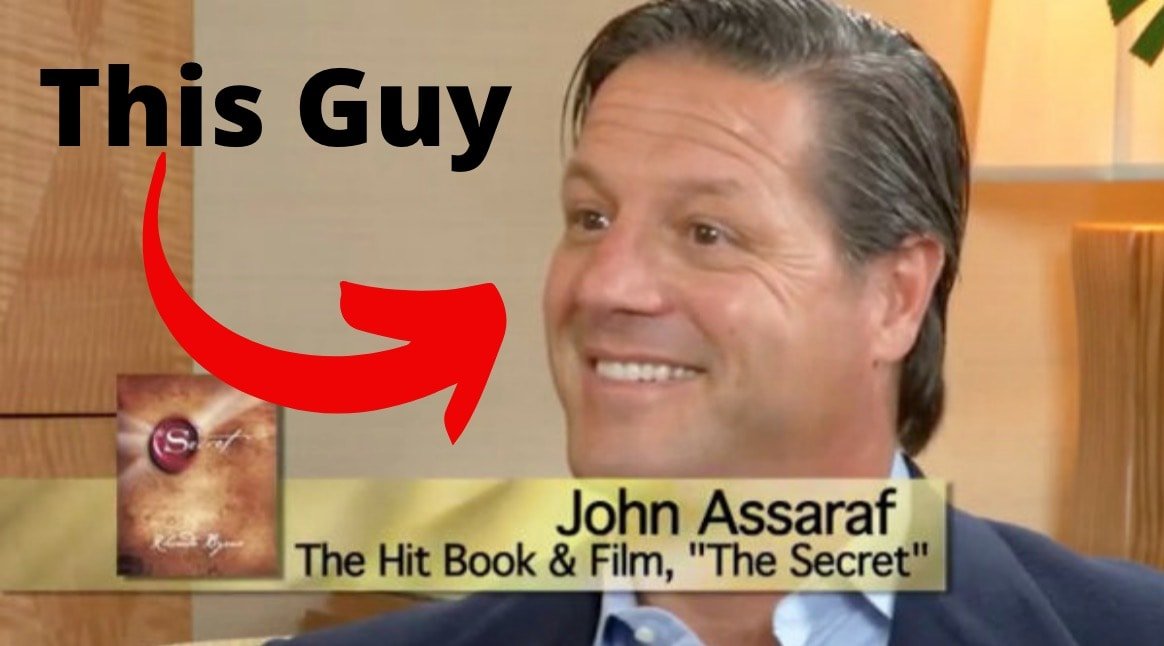 If you’ve seen the movie The Secret, John’s the dude who realized he was living in the exact house he’d put on his vision board years earlier.

​I’ve been to that house. It’s beautiful.

And John’s a powerhouse of positivity and wisdom. Guy’s awesome.

But here’s the thing…

John didn’t just sit on the couch and “manifest” his dream ho​use like so many LOA ​manifesters would like to believe.

John worked his ​ass off for that ho​use.

I’ve seen him in action. The dude ​gets stuff done.

Sure, his mindset has played a huge role in his success. HUGE role.

Our minds can do incredible things.

But it wasn’t just John’s thoughts and feelings and staring at his vision board that bought ​him that home.

It was YEARS of hard work coupled with specialized knowledge in his industry—real estate.

An industry where he once ran a team of 1,500 associates across the world who sold more than four billion in real estate a year (earning John nine figures in annual commissions).

Did he just “manifest” all that by thinking and feeling about it?

Did he run his team by just sitting on his couch thinking about ​all the ​sales they were making?

Hell no. He got up early and worked hard and smart.

​John once told me he spends Sunday nights planning out all the work he’s going to accomplish throughout the upcoming week.

Sure, every day he goes into his meditation room and meditates and visualizes.

But when he emerges—in his alpha wave state—he goes to work.

Now, I realize, selling people on the idea that all they have to do is think and feel about what they want, and by some universal law they’ll get it, is an easy sell because, let’s face it, there are a lot of lazy people who want to believe just that.

Hell, I want to believe it. But it’s not reality.

​Now, as I said, because of what I do for a living, I know a TON of successful entrepreneurs.

And many, like John, believe in the power of what’s often called the Law of Attraction.

They’ll tell you that, before they created their empire, they first saw it in their mind.

​Many knew with certainty that they were going to achieve it. They could FEEL it in their gut.

But every single one of them will ALSO tell you they worked their​ ass off for what they’ve built.

Unless your only goal is a front row parking space at the mall, visualization (with or without positive feelings) is only part of the equation.

Not the WHOLE equation like many people selling Law of Attraction programs would have you believe.

The ​movie The Secret—which I actually enjoyed and watched a number of times—caused a great deal of people to expect something for nothing.

​But the fact is, thoughts and feelings MUST be accompanied by action.

And the bigger the goal, the more massive the action

If you want to achieve something worthwhile…

Make it goal and write it down.

See it and feel it. FEEL its inevitability. 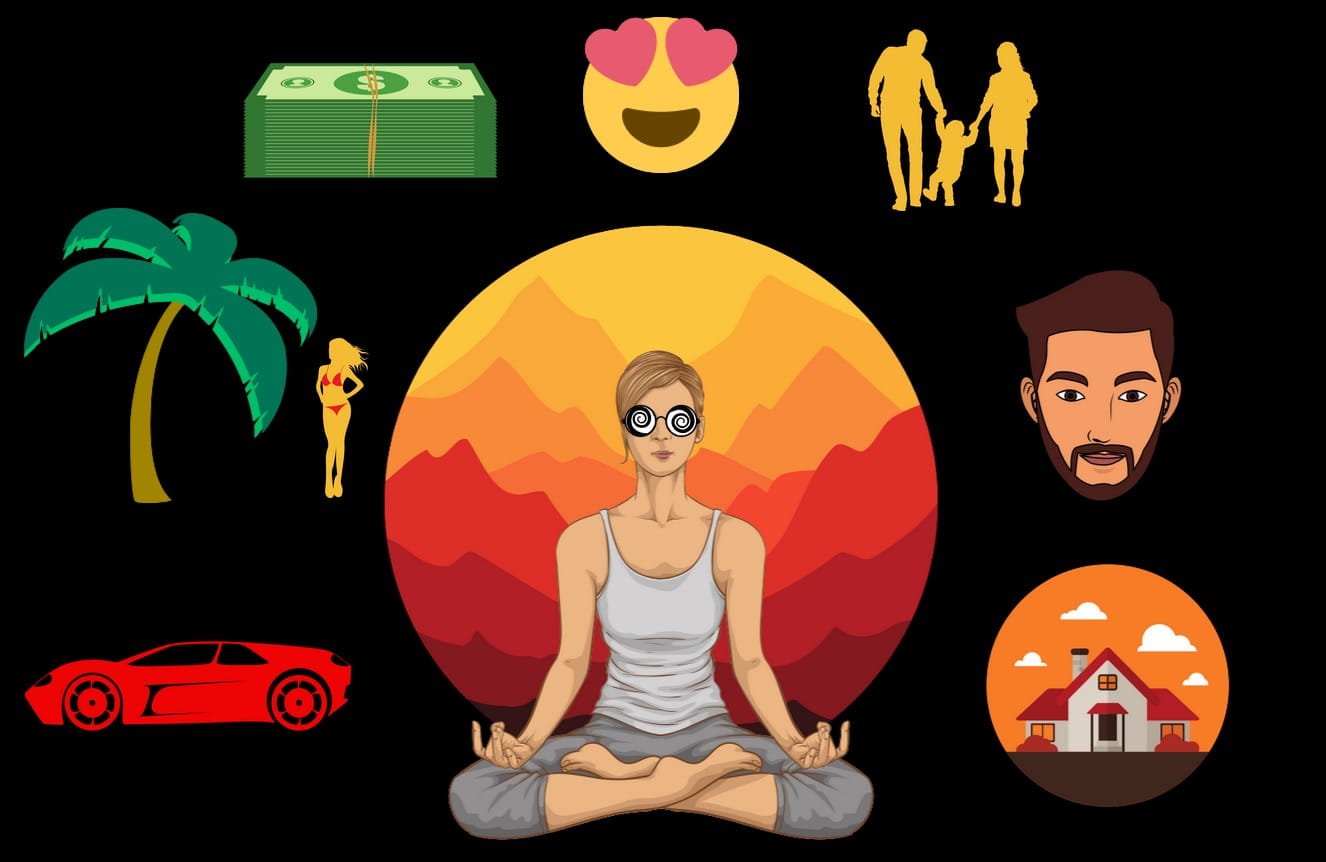 Wishful thinking is fine and dandy can give provide a sweet little dopamine boost.

But nothing can take the place of massive amounts of bold action.

Whether you agree with me on this subject or not, I’d love to hear your thoughts in the comment section.

If you got something from ​the post, please click the "like" button—at the top and bottom of ​the post—share it on social media, and maybe pass it along to someone you think it would benefit.

And if you’re a coach, expert, or run a business where YOU are the brand, ​then read what I wrote RIGHT HERE.

It’s about how some ​entrepreneurs are building ​tribes of devout customers and clients who ​buy all their products for years on end​ ​and evangelize for them like crazy (which means lots of referrals).

This makes so much sense. Thank you for an awesome post that brought me clarity.

I’m glad you got something from it, Moni

Boy, do you ever make sense. You’ve gotta do the work, hopefully enjoyably at least some of the time. I’ve often wondered why Lynn Grabhorn wrote some really strange books after her “Excuse Me” title. Frankly, they creeped me out. Almost 20 years ago now I knew I had to get a full-time job after having my hours cut after 9/11. I gently scribbled short paragraphs every few days about what I thought my ideal job would look like and my mixed emotions about giving notice. And yes, I kept looking for work and gave quality effort to the part-time jobs I still had. About three months later a full-time job appeared, and I’ve been there ever since. It sure wasn’t perfect, but fits remarkably well. Now I’m sorta, kinda looking at retirement. I have no real sense what it looks like, and I’m back to writing the short paragraphs again. The writing gives me clarity, and reminds me of my values. I’m still giving it my best, and have peace that I’ll know the next step. Thanks, Chris, for your comments. I so seldom read reality around LOA. I would love to post you on Facebook, but I’ve refused to create a page. Over the last week or so I feel vindicated by seeing so many large companies rethinking their commitment. All the best to you,

Thank you, Nancy, writing gives me clarity as well. (=

I absolutely adore your no-bullshit way of giving advice. Thank you Chris!